The ABC of sleep 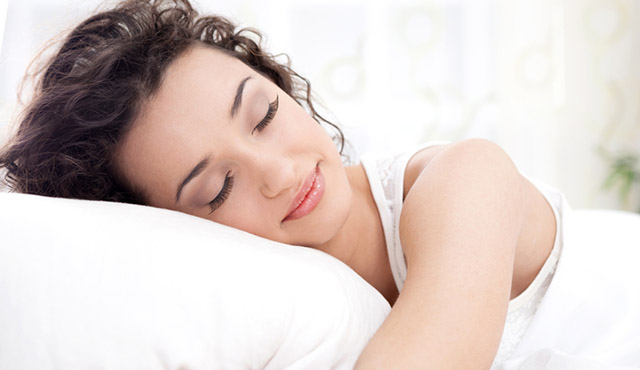 The ABC of sleep

On March 13, World Sleep Day was celebrated all over the globe. This annual event calls to action on important issues related to sleep. This year’s topic was “When Sleep is Sound, Health and Happiness Abound”.

Why do we sleep?

Sleep is a state in which spend about one third of our lives. It plays a vital function for the organism, such as do breathing, digestion and immunity. When we sleep well, we wake up feeling refreshed and alert for our daily activities. Studies on sleep privation show that both the quantity and the quality of sleep affects how we look, feel and perform on a daily basis, and can have a major impact on our overall quality of life.

If sleep is cut short, the body doesn’t have time to complete all of the phases needed for muscle repair, memory consolidation and release of hormones regulating growth and appetite. Then we wake up less prepared to concentrate, make decisions, or engage fully in school and social activities. Sleep needs evolves with age: a new born will need 16-18 hours a day of sleep, a teenager 9 to 10 hours and an adult between 7.30 and 8 hours. Ageing also alters the pattern of sleep, thus impacting its quality in seniors.

How is the body while sleeping?

What is the structure of sleep in a typical night?

Two types of sleep can be distinguished: rapid eye movement (REM sleep) and non-rapid eye movement (NREM or non-REM sleep). Throughout a standard night, sleep architecture is composed of the repetition of a 90-minute cycle made of alternating REM and NREM sleeps.

As we begin to fall asleep, we enter NREM sleep, which is composed of stages 1-4 and makes up about 75% of the night. Stage 1 correspond to the falling asleep process and is also called somnolence or drowsy sleep process. Activity is decreased but sleep is still very light. During stage 2, the onset of sleep, one is becoming disengaged from surroundings, breathing and heart rate become regular and body temperature starts to drop. Stages 3 and 4 both make up the deepest and most restorative sleep phase characterized by a drop in blood pressure, a slowing breathing rate, muscle relaxation, increased blood supply to muscles, tissue growth and repair and energy refill.

At the end of every 90-minute cycle of NREM sleep comes the REM sleep, also known as paradoxical sleep because of its resemblance with wakefulness, which makes up 25% of the night, getting longer later in the night. During this phase the person is still not easily woken up, his body becomes immobile and relaxed, as muscles are turned off, while eyes dart back and forth. On the other hand, brain activity increases again, reaching that of stage 1 of NREM sleep. Dreaming takes place as energy is provided to brain and body in order to support daytime performance.

During a typical night 3 to 5 successive cycles will be completed. The composition of each cycle will be slightly different, in such a way that deep NREM sleep is more important at the beginning of the night and, on the contrary, REM sleep phase will grow as the night goes forwards.

Orexin, also called hypocretin is a neurotransmitter discovered in 1998, which is produced in the brain play a key role in the regulation of sleep/wake states and appetite. Dysregulation or loss of orexin signaling has been linked to narcolepsy, obesity, and age-related disorders (4).The most common form of narcolepsy, which is characterized by cataplexy, is caused by the destruction of orexin-producing neurons in the brain (5).

1 out of 3 people is estimated to have insomnia at some point in their lives. Sleep or wakefulness disorders are estimated to affect 50-70 million adults in the US (1). Some statistics estimate to 40 millions the number of US people with chronic sleep disorders, to 62% those who experience a sleep problem a few nights per week and 30% the ones suffering from insomnia in the course of any year (Source: National Sleep Foundation, National Department of Transportation, Centers for Disease Control and Prevention, 2012, http://www.cdc.gov) Interestingly, 29% of US adults reported getting an insufficient average of 6 hours or less sleep per night. Results of an international survey published in 2008 states that the prevalence of sleeping problems was 56% in the USA, 31% in Western Europe and 23% in Japan (2).

Although early civilizations such as Mesopotamia, India, Egypt and China (between 5,000 and 1,000 BC) used to regulate sleep pattern through remedies including chanting, divination, blood-letting, it is only during the 20th century that Western medical community began to show interest for sleep disorders, due to sudden increasing scientific knowledge about sleep. The first to record of human brain’s EEG (electroencephalogram) that showed different wave patterns between sleeping and awake brain was achieved 1924 by German psychiatrist Hans Berger and rapid eye movement (REM) sleep was discovered in 1952. By the 1970s in the USA, clinics and laboratories devoted to the study of sleep and sleep disorders had been founded (3).

Despite a growing public interest in sleep and sleep medicine in the last decades, as well as a the advances in the understanding of sleep disorders, sleep medicine continues to face challenges in an environment of medical cost containment and relatively limited treatment options.

A sleep disorder is a medical condition in which the sleep patterns described above are altered. It can have a negative impact on a person’s emotional balance, energy, productivity, and health.

Sleep disorders are classified into dyssomnias, parasomnias, circadian rhythm sleep disorders, and other disorders including those caused by medical or psychological conditions and sleeping sickness. Sleep disorders such as sleep apnea (stops in breathing during sleep), narcolepsy and hypersomnia (excessive sleepiness at inappropriate times) and cataplexy (sudden and transient loss of muscle tone while awake) are examples of dissomnias whereas parasomnias are characterized abnormal and unnatural behaviors and dreams such as sleepwalking, night terrors, tooth-grinding and bedwetting.

Although sleeping problems represent a considerable health burden, they are under-reported and under-treated, with almost half of affected individuals not taking any steps to resolve their sleeping problems.

In this regard combinatorial micronutrition offers a new approach to maintain or restore a good quality of sleeping patterns, through deep, gene-level modulation. SNG’ product SLEEP is the first combination of low dose all-natural micronutrients that has been clinically proven to decrease symptoms of sleep disorders and sleeping problems by 42 % within 4 week and to fully eliminate sleep disorders in 17.5% of the examined cases. EEG recordings show that SLEEP® increases the duration of deep sleep, due to longer sleep episodes and hence, increases sleep quality and subsequent general daytime vitality.