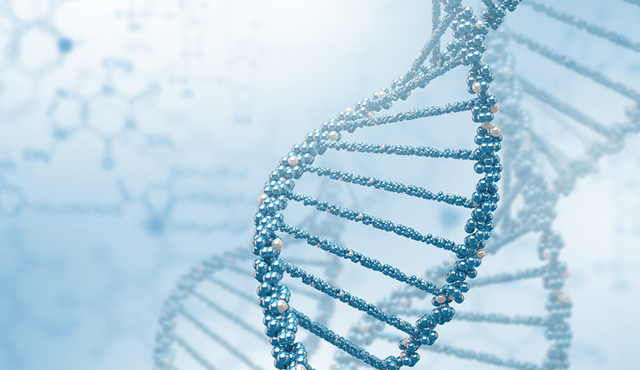 Although we are born with a specific and determined genetic background that exposes us to predispositions encoded in the sequence of our unique DNA, there is a way around this genetic fatality! The complex system that governs our organism contains a mechanism that allows deciding how and when our genes are expressed. It is called epigenetics, which means something “over” or “on top of” genetic information encoded in the DNA.

Epigenetics consists of adding or subtracting various chemical tags to the DNA “ladder” and/or to the histones, the proteins around which the DNA is wrapped and condensed into superhelical structures that allow the 2-meter long DNA strand to be packed in the nucleus of every and each cell of our body. Those tags are mainly methylations, acetylations, and phosphorylations. The function of these tags is to modulate the structure of the chromatine, that is, the complex made of DNA and histones that are compacted into the chromosomes. Epigenetic tags directly act on protein-DNA interactions and the degree of compaction of the chromatine and can therefore facilitate or impair the access to the genes for the transcription machinery without changing the original DNA sequence. Therefore, they act as gene switchers, activating or repressing the expression of genes. Scientific research has shown for instance, that a hypermethylation occurring in a regulatory upstream sequence of a gene, called gene promoter, blocks its transcription though chromatine condensation. Inversely, demethylation results in chromatin expansion and activation of the gene.

Where do these tags come from?

Epigenetic tags can be triggered by the internal environment, that is by the physiological milieu that results from a determined gender, age, metabolism, or hormone concentration. It is a vital mechanism for the development of the fetus and in particular in cell differentiation. Epigenetics is what makes possible that out of a bunch of identical multipotent cells specific cell types are derived with determined roles and functions in our body. As mentioned before, the totality of our DNA is contained in every human cell. However not all the 20’000 to 25’000 genes of the human genome need to be activated in every cell all the time. Out of the 46 encyclopedias that we have inherited from our parents (the 23 pairs of chromosomes) only some paragraphs need to be read (genes transcribed). It is obvious that a neuron will not need the same genetic activity than a muscle cell or a cell of our skin.

Other epigenetic tags, and this becomes really interesting in regard to how we can actually impact our genes in our everyday life, come from external environmental conditions, namely temperature, pollution, light exposure, drugs and mostly diet (1). Some nutrients have been shown to have epigenetic effects. Among them, folates which are found in fruits, vegetables, cereals and liver; betaine, present in beet, spinach, broccoli and wine; choline of which beef meat and liver, eggs, cauliflower and almonds are good sources; and methionine, found in broccolis, mushrooms, cauliflower, haricot beans, potatoes, spinach, cereals and walnuts. Epigenetic mechanisms play a pivotal role in the expression of key metabolic genes at play in processes such as cellular longevity and carcinogenesis and can be influenced by both the quality and quantity of diet (2).

Moreover, the emotional or relational context in which we live or have be grown up can also be recorded in our genes, “on top” of our DNA! Animal studies have shown that the behavior of rats was linked, in part, to how much the mother had been taking care of them as pups (licking their fur)(3). Thus, the rat mother care has an impact on the epigenome of the pups! Epigenetic mechanisms also underlie learning and stress responsiveness (4, 5).

Epigenetics is thus the scientific proof that every act counts and that everything in life is interconnected! It is also the missing link between genetic disease susceptibility and the actual onset of a disease, in particular in the case of those called multifactorial or complex disorders. A large number of diseases and dysfunctions arise from a combination of factors such as genetic predisposition, lifestyle habits, diet, activity, drug consumption, etc. Epigenetics explains how the external environment can impact on the development and expression of a potential pathological disorder.

Epigenetic tags determine relatively stable, yet reversible, changes in the way genes are expressed without changing their original DNA sequence. After fertilization, in the fetus, the epigenetic profile generally undergoes a reset. The erasure of epigenetic memory occurs naturally in the course of embryonic development (6, 7). Epigenetic tags from the parents are removed and give way to new ones, determined by the intrauterine environment, and mainly by the nutrition of the mother, which is crucial for the development of the offspring (8). There is growing evidence that alterations in fetal nutrition may result in developmental adaptations that permanently change the physiology, and metabolism of the offspring, thereby predisposing individuals to metabolic and cardiovascular diseases in adult life (9) The interesting hypothesis here is that epigenetic modifications introduced during the fetal life serve to prepare the future baby to the environment he is going to face at birth. Thus, if the intrauterine environment gives an indication of food scarcity, the offspring will be “programmed” for a too efficient calories storing. As an example, a study of women who were pregnant during the Dutch famine of 1944-45 founds that their daughters stand a greater chance of becoming overweight in middle age and were significantly more obese at the age of 50 (10).

But there is more! Though usually removed in the early days of a fetus, some epigenetic tags still can be inherited and passed on to the next generations. We do not know yet the conditions for a tag to be inherited but it seems to have been “locked” in some way. This makes sense for the maternal lineage when we consider that in a pregnant mother, three generations are directly exposed to the same environmental conditions at the same time: the mother herself, the fetus and the reproductive cells of the latter. However, studies have shown that those transgenerational effects may be vehicled by the paternal lineage as well. Swedish studies have shown that the metabolic status of a person can carry the mark of the dietary environment of his grandfather (for a review of all the Swedish studies see (11)).It results that the epigenetic mechanisms also represent of mean of adaptation of a human being on the short or long term, for himself or for his progeny, as opposed to both a long-lasting genetic adaptation over years or centuries and a quick physiological response as a short-time adaptation over minutes, hours or day.

Therefore, understanding the effects of specific nutrition on DNA epigenomic marks, in particular DNA methylation, may be key in preventing chronic diseases in risk-populations.