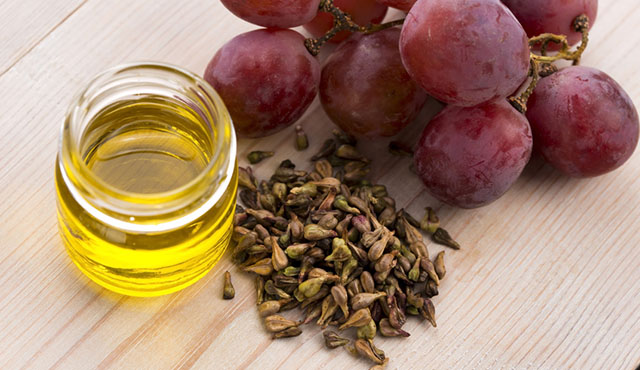 Epidemiological studies suggest that the beneficial cardiovascular health effects of diets rich in fruits and vegetables are in part mediated by their flavonoid content, with particular benefits provided by the flavanols (1). Data on the potential health benefits of dietary flavanols, especially in the context of cardiovascular health, are considerable and continue to accumulate (2). Yet the critical biological targets for flavanols still remain to be identified. For a long time, their direct antioxidant effect has been reported as the mechanism responsible for the observed health properties. However, recent findings revealed that polyphenols could interact with cellular signaling cascades regulating the activity of transcription factors and consequently affecting the expression of genes.

Following the results of an intervention study that showed that daily supplementation with 200 mg monomeric and oligomeric flavanols (MOF) from grape seeds for 8 weeks revealed a vascular health benefit in male smokers (3), the researchers from the Maastricht University decided to further investigate the impact of MOF consumption on the gene expression profile of white blood cells and to assess changes at the level of DNA methylation. DNA methylation is natural mechanism that can block or activate the transcription of genes.

Using whole genome microarrays, they could show that 8 week daily supplementation with 200 mg MOF modulates the expression of 864 genes associated with cardiovascular disease pathways (4). The majority of the affected genes are involved in chemotaxis, cell adhesion, cell infiltration or cytoskeleton organization.

The study also showed that, although MOF were not implementing major changes in the DNA methylation, the strong inter-individual variation observed in white blood cells DNA methylation might conceal the subtle epigenetic response to dietary flavanols.

The same researchers have also been able to show that, together with this classical regulatory pathway, polyphenols can modulate gene activity though the expression of microRNAs (miRNA) (5). miRNAs are small, noncoding RNAs implicated in the regulation of gene activity. Their expression can be affected by different external stimuli including nutrients such as vitamins, lipids, and phytochemicals, among them dietary polyphenols such as flavanols. Over 100 miRNAs, involved in the control of different cellular processes such as inflammation or apoptosis, were identified as modulated by polyphenols.