Omega-3 as a case study to move toward personalized nutrition 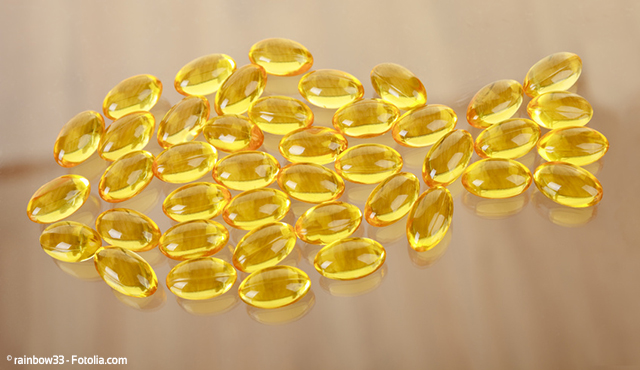 Omega-3 as a case study to move toward personalized nutrition

The type of dietary fat impacts the risk of developing several diseases in humans. Whereas saturated fatty acids, as well as trans fatty acid are generally considered to be atherogenic and to increase thrombosis, polyunsaturated fatty acids (PUFAs) are generally seen as healthier, due to their important role in maintaining membrane integrity and providing precursors to bioactive substances (mainly prostaglandins) that regulate inflammation, blood clotting, and lipid metabolism. Among PUFAs, omega-3 occupy the first place in terms of beneficial health effects. To read more about structure, types and dietary sources of omega-3, consult our article on the subject.

Positive effects of dietary omega-3 include a decrease in abdominal fat, cardiac arrhythmia, blood levels of triacylglycerol, and thrombosis. In line with this statement, many studies have shown association between fish or flaxseed oil intake and reduced cardiovascular risk through reduced thrombosis, inflammation, and plaque formation in arteries. Fish oil supplementation has also been shown to improve inflammatory conditions (reviewed in (1, 2)). In particular, DHA, one of the three existing omega-3 fatty acids, was positively associated with cognitive and behavioral performances (3) and protected against the risk of developing Alzheimer’s disease (4). It also turns out to be an essential nutrient in the retina for visual acuity (5).

As a result, omega-3 fatty acids, whether from fish or plants, have become very popular in the last couple of years. Supplement sales as well as the production of omega-3-enriched foods are rapidly expanding.

Earlier this year, three heart health claims for the omega-3 PUFAs EPA and DHA have been approved by the European Food Safety Authority (EFSA).

Why omega-3 show better health effects than the closely related omega-6 can partly be explained by the type of products they are respectively metabolized into, namely leukotrienes, thromboxanes and prostaglandins. Omega-3-rich diets favor the production of metabolites with anti-aggregation, anti-inflammation, and anti-vasoconstriction properties.

Another explanation for this differential effect is that some fatty acid receptors preferentially respond to a particular structure of fatty acids or of their metabolites. Such ‘‘lipid sensors’’ would then affect gene expression. This directly leads us to the topic of the nutrigenomics of omega-3.

Nutrigenomics studies have shown that genes regulated by omega-3 intakes fall into the three following categories: regulation of inflammation, of lipid and cholesterol metabolism and cell differentiation and fate (1). For instance, some of the anti-inflammatory effect of omega-3 can be mediated by the activation nuclear receptors. Nuclear receptors consist of such previously cited “lipid sensors”. They act as overall sensors of metabolic intermediates, xenobiotics, and compounds in the diet and allow cells to respond to environmental changes by activating the appropriate metabolic genes and pathways. A further example is the positive effect on circulating fat levels that results from a combination of repressed expression of lipogenesis-related genes and stimulation of fatty burning genes.

Several nutrigenetic studies are focusing on determining the genetic variations that may affect the uptake, metabolism, molecular response and clinical outcomes of omega-3 intake (for review see (1)). Polymorphisms in certain enzymes, transcription factors, inflammatory molecules, and lipoproteins have been associated with altered responsiveness to omega-3 fatty acids. Genetic variation is estimated to explain for 40% or more of the interindividual variability in saturated, monounsaturated, and polyunsaturated fatty acid levels. Furthermore this could explain the so far uncertain and controversial results for the role of omega-3 fatty acids in cancer prevention.

With regard to cancer protection, a very recent study published in Carcinogenesis last June has uncovered a new mechanism of action for omega-3 fatty acids EPA and DHA, that induced growth arrest and cell death in a certain type of cancer cells found in skin and oral cancers (6).

Since much is known about those beneficial fatty acids, omega-3 may serve as a case study to move towards the dream of personalized nutrition. Merging data obtained through nutrigenetics and nutrigenomics studies could provide guidance to dietary recommendations on the optimal amount and type of omega-3 to be consumed.