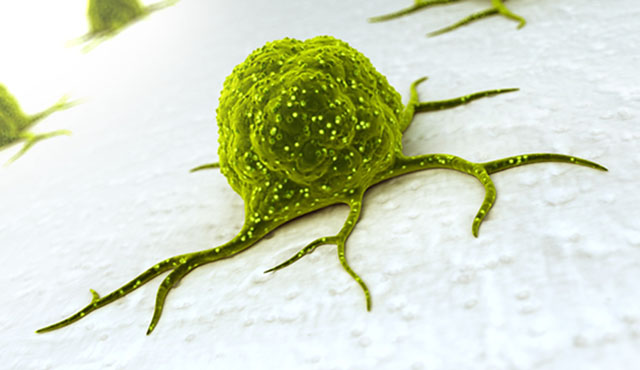 The role of diet in preventing or contributing in healing of cancer is now well established. However the molecular mechanisms by which food components exert their health effects are largely unknown.

Nutrigenomic studies have shown that, in addition to modulating protein expression and function, a large number of dietary food components impacts on the human genome, either directly or indirectly, to modulate gene expression (1).

One pivotal defense mechanism against cancer is the process by which tumor cells undergo a form of programmed cell death called apoptosis. Apoptosis is a well-described process that can occur in any cell of the body and that is essential in maintaining tissue homeostasis. Indeed, many diseases, among which cancer, have been associated with aberrant apoptotic behaviour. For instance, repressing apoptosis favors the survival of pathological cells, contributing to the evolution of the disease, whereas excessive apoptosis is linked to neurodegenerative diseases.

The activation or restoration of apoptosis in tumor cells is thus considered a key strategy by which bioactive foods can exert their beneficial health effects (2, 3). A recent study has suggested that proanthocyanidins, a class of strong antioxidative flavonoids naturally found in many plants, most notably apples, cinnamon, aronia fruit, cocoa beans, maritime pine bark, grape seed and skin, and red wines, could provide a promising treatment for a variety of diseases through differentiate modulation of apoptosis (4). Indeed, they seem to stimulate it in damaged cells, thus preventing cancer, while reducing it in healthy cells, thus preserving the integrity of normal cells and protecting against neurodegenerative diseases.

Therefore, apoptosis is an emerging target of dietary bioactive agents or functional foods. Among them, proanthocyanidins naturally found in our diet may be very promising to prevent and participate in the management of cancer.