How would your health want your tea? Black, green or white ? 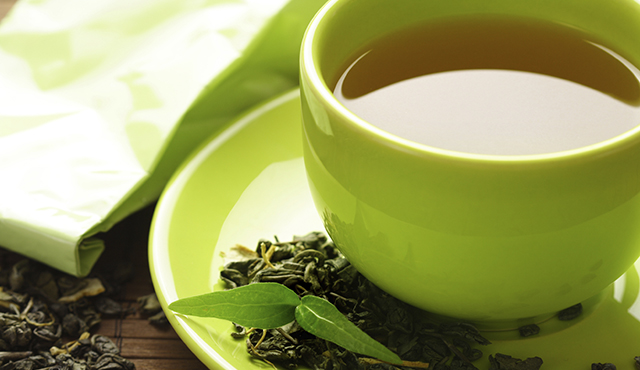 How would your health want your tea? Black, green or white ?

Originated in China likely as a medicinal drink, tea, made of an infusion of leaves of the tea plant, Camellia sinensis, is the most widely consumed beverage in the world, right after water. In Great Britain, where it has been introduced during the 17th century, tea consumption is of 165 million cups daily.

A lot has been written about the many health-promoting effects of this ancient beverage. Studies suggest that tea, and more specifically green tea, may help reduce the risk of cardiovascular disease and some forms of cancer, reduce blood pressure, help with weight control, improve antibacterial and antiviral activity, provide protection from solar ultraviolet light, and increase bone mineral density (1-6). In fact, tea contains a large number of possibly bioactive chemicals, including polyphenols, amino acids, vitamins, caffeine and several polysaccharides.

Most of the beneficial health effects of tea are mediated by a specific class of unique antioxidants called catechins. Those antioxidants belong to the family of flavonoids, which are included into an even bigger family, that of the polyphenols. Star antioxidant of Camellia sinensis is the epicatechin EGCG (epigallocatechin gallate), the most potent compound against free radicals that can contribute to cancer, heart disease, and clogged arteries. Tea also contains caffeine and the amino acid L-theanine, which are associated to mental alertness (7).

Tea is good for you health. Right. But how should you have it to get the most of it?  They are different types of teas according to the grade of processing of the tea leaves. In short, the less processed tea leaves are, the more health-promoting catechins they contain. While both black and green teas are made from the same plant, green tea leaves undergo minimal processing, while black tea has gone through an oxidation process, called fermentation. Since the fermentation process used to make black tea converts EGCG into other compounds, researchers assumed black tea had less health benefits than green tea. Thus, until recently, tea research has focused on green tea. However, recent studies indicate the compounds contained in black tea – theaflavins and thearubigens – do more than contribute to its dark color and distinctive flavor. They also provide health benefits (8, 9). Thus, both types of tea make a healthful addition to your diet, but, because of the variation in their nutrient content, they offer slightly different health benefits.

Still in the early stage of research

Because it has been so much praised by eastern societies, tea has caught the attention of researchers in the West, who are discovering the many health benefits of different types of teas and in particular of green tea (1). Following a symposium entirely devoted to tea and human health, held in Washington DC last December, the American Journal of Clinical Nutrition featured 11 new studies highlighting the many ways in which tea can supposedly improve our well being. Nevertheless tea research is still in its the early stages. Although many studies show an association between tea drinking and health, they can’t show cause and effect relationship and, in accordance to this, no health allegations on tea exist so far.

Before starting taking tea pills or even drinking tea for health purpose only, we would need to know exactly what those components are, what are their individual and their synergetic effects, and we’re not there yet. Indeed, when considering the overall health benefits of a food, we must consider the combined effects of the complex bioactive compounds.

Yerba mate is an herb with a storied history as an alternative to traditional teas for the inhabitants of its native South America. Predominantly in Argentina and Uruguay, where it is traditionally drunk communally from a hollow gourd with a metal straw, yerba mate tea is prepared by steeping the dried leaves (Ilex paraguariensis) and twigs of the mate plant in hot water (not boiling water, which can make the tea bitter). Although it does not contain the tea star antioxidant EGCG, yerba mate is, like many teas and coffees, imbued with an impressive amount of antioxidants, vitamins and minerals, including B vitamins and vitamin C. Minerals include manganese, potassium, and zinc, and the antioxidants include theobromine and theophylline.

What is specially drawing the attention on yerba mate is its reported “clean” caffeine-like effect, that is, a jitter-free wakefulness. Mate enthusiasts sometimes claim that yerba mate is actually completely free of caffeine and that its stimulating effects come from a mysterious compound called mateine, thought to be a stereoisomer of caffeine. In reality mateine is just the same caffeine and caffeine content of dry mate leaves is similar to that of dried coffee beans and tealeaves. The « clean » caffeine-like effect of mate is probably a result of a combined effect of caffeine and other compounds of yerba mate. Theobromine, for example, exerts a smoother, longer-lasting stimulatory effect while counteracting the vasoconstrictive effect of caffeine.

In conclusion, whereas as black, green, white or oolong tea, coming from Camelia sinensis or yerba mate, the total antioxidant capacity of those traditional beverages is not only related to a particular kind of polyphenol but to the combined activity of diverse antioxidants and other bioactive molecules they contain. Further research is needed in order to unravel the mechanisms by which they provide their possible health beneficial effects. In particular, Nutrigenomics studies consist in a tool of choice to identify individual bioactive compounds and their interaction and synergetic impact on the human metabolism. Deeper knowledge in the field will probably also allow designing tea extract-containing functional foods based on the concept of combinatorial micronutrition to prevent a variety of disorders such as cardiovascular episodes, cancer, Alzheimer, diabetes, high blood pressure and obesity.

In the meantime, while there is still no conclusive evidence that high intakes of tea are protective in humans, it looks like there is no need to worry about depriving yourself of its possible health benefits if tea, or mate, is your beverage of choice.