Omega-3 fatty acids and vitamins B: how they work hand in hand 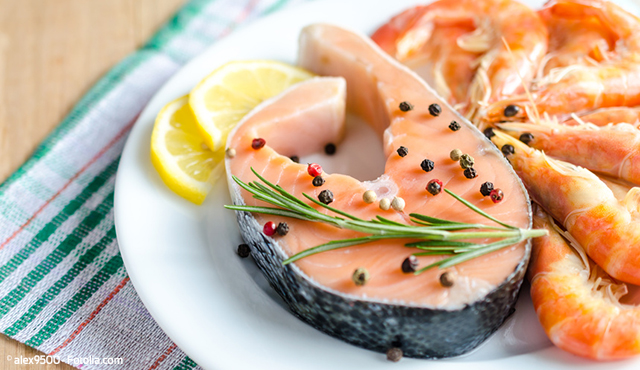 Omega-3 fatty acids and vitamins B: how they work hand in hand

Micronutrients are usually in charge of part of the regulation of specific biological processes that can be linked to them. Among them, omega-3 fatty acids that are associated to various health benefits such as cardiovascular protection and cognitive abilities, and B-group vitamins that are essential for extracting energy out of fuel nutrients and for making red blood cells.

However, from a systemic approach considering the organism as a whole, with every part being interconnected, those specific biological roles cannot be considered isolated anymore. Modern nutritional science has to take into account the combined effects of micronutrients, which can be interfered or potentialized. The concept here is that what one micronutrient does can have and mostly will have an influence on what another is doing, even more if they are related to the same metabolic pathway.

In the case of omega-3 fatty acids and B vitamins, recent studies have been looking at their joint and interdependent effects in various biological roles such as brain health, lipid metabolism, cancer and oxidative stress.

A very recent finding suggests for example that B vitamin supplementation may protect against age-related brain waste (atrophy), but only in people with high levels of omega-3 fatty acids. And vice-versa, it is also suggested that the beneficial effect of omega-3 fatty acids on brain atrophy may be confined to subjects with good B vitamin status (1, 2). This might explain why some B vitamin trials on brain function have failed.

Similarly a combination of B vitamins and omega-3 fatty acids was recently shown to reduce oxidative stress and inflammation in a rodent model of hypertension (3).

Another group of studies have focused on the effects of maternal diet supplementation with omega-3 fatty acids or/and vitamin B in the offspring, thus relying more of epigenetic processes. They suggest that that a combination of omega-3 fatty acid and vitamin B12 enriched prenatal and postnatal diet may exert beneficial effects on fetal lipid metabolism (4), lipid metabolism in adult offspring (5), brain development and function (6) and synaptic plasticity and cognition (7).

How does this work? For omega-3 fatty acids and B vitamins, the connecting point is the so-called one-carbon cycle. One-carbon cycle encompasses a complex series of chemical reactions that proceed in cycle and during which a carbon unit is transferred from folate compounds to other metabolic pathways. Carbon units are the building blocks that our body needs for the synthesis of new cellular components. They are extracted from dietary sugars and proteins. Thus inputs in the form of glucose (mainly extracted from dietary sugars) and amino acids (mainly extracted from dietary proteins) enter the pathway, are processed through chemical reactions, and are then provided for diverse biological functions. Thus one-carbon metabolism can be considered an integrator of nutrient status (8).

Not only is folic acid a B vitamin (B9), but also other B vitamins like B12, B2 and B6 are needed for reactions of the one-carbon cycle. As for omega-3 fatty acids, DHA (docosahexaenoic acid, one of the omega-3 fatty acids) is known to modulate gene expression of an enzyme that is involved in a particular part of this cycle, modulation through which it provides cardiovascular protection (9).

To target one-carbon metabolism could present opportunities for cancer medicine (8), although up-to-date studies could not show beneficial effects of supplementation with B vitamins and/or omega-3 fatty acids on cancer outcomes (10).

One of the outputs of the one-carbon cycle is DNA methylation process, that is epigenetic tagging, which explains why many of the above-mentioned studies are related to maternal diet.