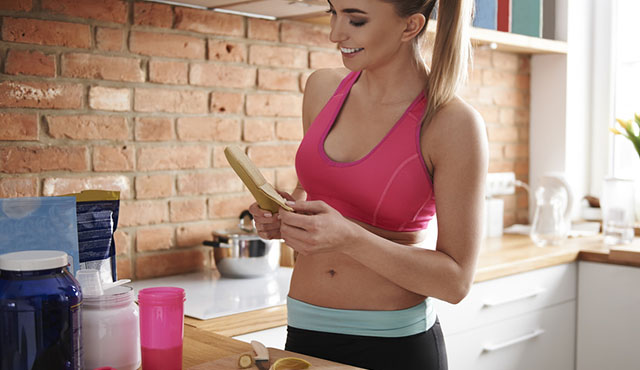 Food plays an important role also in sports medicine and in every athlete’s life, since a healthy diet is an important part of his training. Basically, provided that his diet is well balanced and adapted to his activity and an athlete doesn’t suffer from any food allergies or any metabolic disabilities, there should not be any need for the consumption of dietary supplements in sport. What differs from a basic diet of a more sedentary person is the increased need for water and salts, energy and nutrients, and also a different planning of meals throughout the day, so that a steady intake can be achieved. As a comparison, the energetic needs of a person exercising more than 2 hours a day is 1.5 higher than the ones of a sedentary person.

However, the urge for increased performances and faster muscular recovery has lead to an explosion of the market of dietary supplements. Although a miracle high-performance food does not exist, food supplements are nowadays among the solutions proposed by sport dieticians. In 2009, the French Society for Sport Nutrition published a report on the use of supplements in sport training. It stated that numerous promising products lack scientific evidence of efficacy on improving athletic performance.

Furthermore, direct-to-consumer access to a myriad of products thought the web is not exempt of potential harm for the consumers, since the products for sell are not all submitted to the same regulations but differ according to the country of production. As an example, some dietary supplements used for sport contain synephrine, a naturally component of bitter orange, but which synthetic form is classified as a drug by some countries, Switzerland for instance, and are thus prohibited in such products. Worse, 15% to 20% of the sold products may contain traces of anabolic steroids, that is doping substances and it is not clear if their presence is accidental of intentional (1).

As mentioned before, there is a lack of scientific evidence for the efficacy of diet or supplements on athletic performance. The difficulty to attest ergogenic effects as well as the lack of standardization of the studies conducted so far have not allowed to gather consistent results (2). Nevertheless, there are some key ingredients that are usually recommended in sport nutrition. For example, the home page entrainement-sportif.fr presents 3 top dietary supplements for sportsmen: the high-protein algae spiruline, used to increase body mass and boost muscle oxygenation, the eleutheroccocus, a plant also called the Russian Ginseng for its wide use in Eastern countries to increase athletic performances as well as adaptation capacities of Russian cosmonauts, and which is known to improve the organism’s resistance to the effort as well as its recovery from it, and the andine root maca, a natural sexual stimulant that is also thought to help dealing with the consequences of physical effort, such as tiredness and muscle pain. Among other key foods in sport are eggs, and in particular the white part the protein contain of which is the first nutrient of the muscle, poultry and meat, fruits such as kiwi, banana, pineapple and apple, and also kombucha, a fermented tea used as natural probiotic for its detoxifying and energizing effects. Least but not last, iron and magnesium are crucial for physical activity.

The identification of over 300 genes relevant to health and fitness gave an insight of the potential of nutrigenomic research in the athletic world in developing personalized diets for athletes as well as designing ultra-personalized training programs adapted to one’s unique genetic background (3). For more information about this subject read our detailed article.