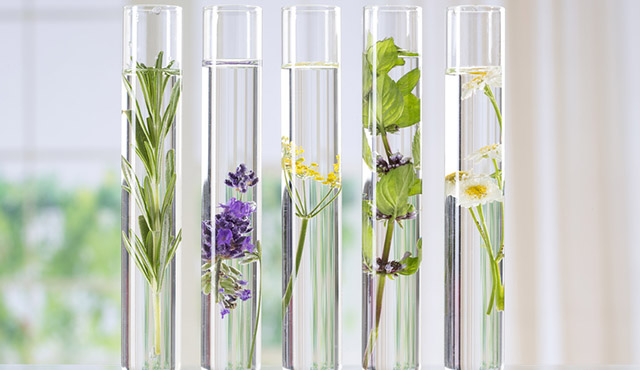 Thousands of years of successful use of herbal medicine

Herbal drugs combinations as a long historical use in traditional medicines, especially China, Japan and India. They consist of herbal preparations that contain active therapeutic ingredients. Their use is well established and widely acknowledged to be safe and effective, and may even be accepted by national authorities. Herbal medicine, also called phytomedicine, is based on traditional knowledge, skills, and practices that arouse from beliefs indigenous to different cultures, whether explicable or not.

However, a statement about ‘thousands of years of evidence that a product is safe’ may not be valid for the way the product is now being used in developed countries. This does not mean that herbal drugs are unsafe but rather that safety in the modern context cannot be assumed so far. Moreover, efficacy and effectiveness have rarely been demonstrated using modern scientific investigations. Thus, several issues must be addressed as these ingredients are incorporated into modern practice. This is currently encouraged by centers of Traditional Medicine, that understand the need to find scientific grounding to their practices.

Plants extracts many times show better effectiveness than administration of the isolated active substances. For example, in the muscle-antispastic effect of cannabis extract is more effective than the equivalent amount of THC alone, knowing that TCH-free extract does not show strong antispastic effect (1). This means that other apparently non-active substances contained in the plant extract play a role in modulating the end effect of the main active chemical.

This shows that there is interplay between the different substances present in a plant extract that can improve or attenuate the action of the main active ingredient. The important concept here is that this interplay or combination of effects is much more that just the sum of the effects of all ingredients take individually. Combination can potentialize individual effects and produce overadditive effects called synergistic effects. Synergy, in brief, means that 1+1 doesn’t equal 2. Sometimes, something unpredictable all totally new can come out of the use of combined ingredients. True overadditive effect of synergy can be scientifically proven and measured. One of the first advantages of synergy is the use of reduced dosage of the active ingredients.

When does synergy happen?

There are currently four mechanisms that are taken into consideration to underlie synergistic effects (2). First, each single constituents of an extract may affect multiple targets, such as enzymes, receptors, transport protein, DNA, etc. This can be illustrated by the same examples of cannabis and antispastic effects mentioned above. The paradigm “one drug-one target” is clearly outdated.

A second mechanism involves effects based on improved solubility, resorption or bioavailability of an active substance. Frequently, polyphenols or saponins that often do not possess specific pharmacological effects themselves may increase the solubility and/or the resorption rate of major constituents in the extract and thereby enhance their bioavailability virtually in a kind of pharmacokinetic effect, and simultaneously result in a higher effectiveness of the extract than an isolated constituent thereof. For example, the main agent of the extract of khella (Ammi visnaga), named khellin, is completely bioavailable after 10 minutes, but, given alone, it is not fully resorbed until 60 minutes (3).

A third mechanism involves antagonistic actions on the resistance of pathogens such as fungi or bacteria (4), or of tumor cells. These synergy effects have been known for many years. One example is offered by thyme (Thymus vulgaris), whose compounds thymol and carvacrol act as membrane permeabilizers that help antibiotics get into a certain type of bacteria. Synergistic effects also play a role in antagonizing the multidrug resistance of tumor cells. Polyphenols such as curcumins seem to be promising substances through their modulation of immunity and anti-inflammatory effects (5). In cancer therapy this multidrug concept has been designated as “biomodulatory metronomic chemotherapy” (6).

Finally, the fourth effect is not a real synergetic effect. It can occur when one of the constituent or an external substance added to the extract eliminates or neutralizes the toxicity or adverse effect of acting substances, therefore generating better effectiveness. This is a frequent procedure in traditional Chinese medicine, aimed at improving the efficacy of an herbal drug preparation and resulting in “pre-treated drugs.

Synergistic effects need to by backed up by clinical trials and particularly in comparison with synthetic standard drugs. Within the last 25 years, more that 200 comparative trials have been showing the therapeutic equivalence of standardized herbal extract combinations to standard drugs (7) (For a review of some of them consult (2)). They even pointed at the advantage of having fewer or no side effects relative to synthetic drugs. Still, a lot needs to be done.

The principal difficulty for the validation of the use of herbal drug combinations is to assess all the biological targets of an extract. If, as we said, each ingredient affects multiple targets, then we can apprehend the complexity of identifying the targets of the combination, and even more in the case of multi-extracts (extract composed by various plants extracts). This multiplicity of targets and the expected subsequent unpredictable mode of action has over many years been the main argument against the use of combination therapies or against encouraging the use of herbal preparations.

Modern state-of-the-art molecular-biological methods, and in particular the new genomics technologies commonly known as OMICs-technologies, can help reveal the main mechanisms of action underlying the beneficial effect of plants extracts (8). OMICs allow analyzing complex modes of action at the level of gene expression, proteins and metabolites thus increasing the understanding of combinatorial therapies and synergistic effects in general. Not only will they unable to rationalize traditionally used herbal drugs and combination therapies of phytopharmaceuticals and synthesized drugs, but they will also lead to the development of a new generation of herbal drugs as well as new combination therapies, in particular in the context of individualized medicine.

The first step towards this promising perspective is to identify multifactorial disease in which co-medication with phytopharmaceuticals could be successful. However, the challenge of handling plant extracts with varying concentrations of ingredients according to season or growth conditions will remain.

In this context, it must be noted that not only plant extracts or extract combinations are able to exhibit synergy effects, but also single natural products or combination of the latter, as it is the case in the conception of all SNG’ products.